Voice Overs Of The World: A Woman’s Touch

Over the past few weeks we’ve spotlighted voice overs by manly men and “The Voice Over Guy,” so I thought it was time we shed the spotlight on a few terrific recent voice overs by female voice talents!

The first video (above) is another marketing video from Google, who are both masters of advertising and big proponents of using VO in their marketing materials. This ad video explains (sort of) how e-mail actually works, while also touting how green Google is as a company.

Not only does Google use voice talent extremely well, but they’ve mastered the art of the web advertisement video. What’s great is that Google’s are so popular and successful that the whole ad form has really caught on. These ad videos — typically from one to five minutes each — have become a huge source of opportunity for voice actors. 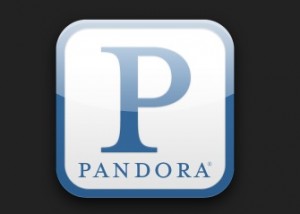 The next voice over (above) isn’t a video at all, but an actual radio commercial. This is a fun story; a man actually produced an advertisement to air on Pandora Radio to propose to his girlfriend. He wrote the script and hired a professional voice actor to voice the minute-long spot, then paid to have it run on Pandora. (The pause at the end is where he actually proposed in person.)

This is a perfect example of a voice talent getting hired for an “outside the box” job. It’s also why it pays to let people know that you’re a voice actor. I would guess that the client in this case probably asked around among people he knew to track down someone who was a professional voice talent. It’s an unusual gig to say the least, but also a very fun one!

This entry was posted in Voice Overs of the World. Bookmark the permalink.

← Voice Overs Of The World: The Voice Over Guy
VO Behind The Scenes: Superman Vs. The Elite →
RSS Subscription